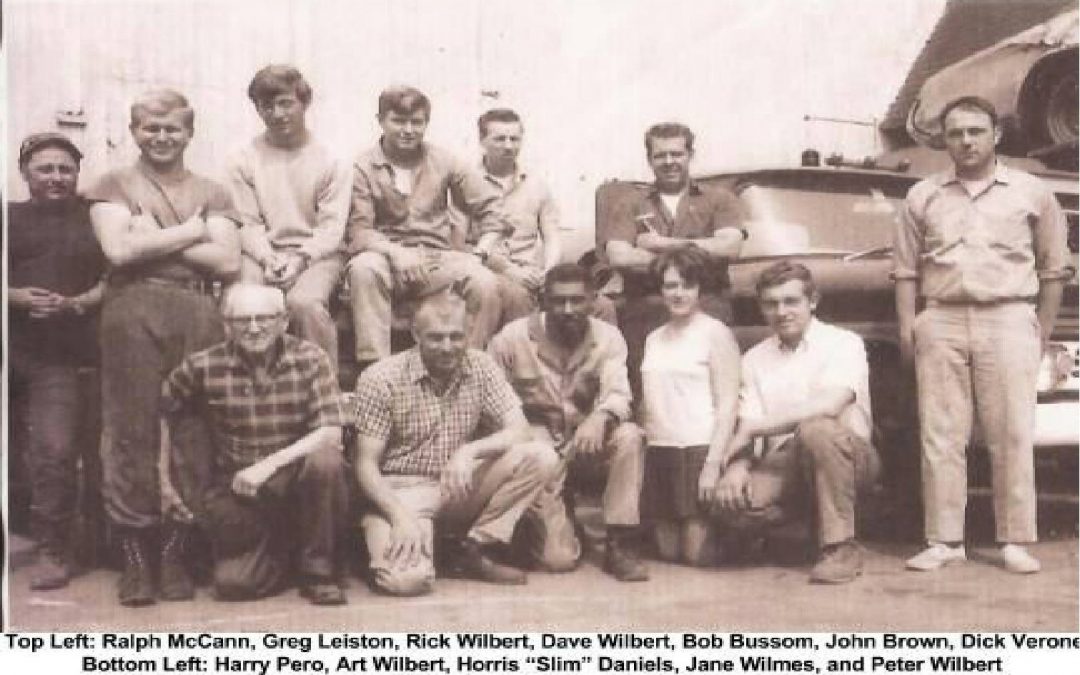 By Melanie Wilbert
“Greg started with a job description of ‘Whatever needs to be done is what you have to do’. After a few years, his mechanical ability and his attention to detail led him to new responsibilities. These responsibilities included repairing flood cars, fire jobs, tractors, bulldozers, loaders, and our fleet of vehicles. As well as building and welding racks of many different types. We have been blessed to have Greg grow alongside of us for 46 years”

When Greg Leiston first started working for Wilbert’s in 1969 “Art Wilbert and Son’s” was the name of the company and there were just 10 employees. After helping Wilbert’s grow tremendously over the past 46 years, Greg is retiring.

“I graduated high school June 22nd 1969; It was a Friday on Monday I was at work.” says Greg

Wilbert’s Inc owners Pete, Rick and Ron Wilbert organized a retirement party in Greg’s honor where the Wilbert Family, friends and coworkers reminisced about the impact he has had on the company.

Greg originally worked as a mechanic for Wilbert’s but eventually came to specialize in equipment maintenance.“ I would change the oil on the machinery and keep records of when they were changed. I felt I impacted the longevity, I was a real maintenance freak.”

Greg worked directly under the company’s founder Arthur Wilbert“ He was a worker, he had no problem working right alongside of you to do anything.” says Greg

“He’d always do the best to get the most out of you when you’d go in the yard he would run and you’d have to run after him this was before we had the yard vehicles.”

Like many of us Greg was greatly impacted by the technology advances in his career“ We had to become car computer smart we were learning right along with everyone else.”

“Front wheel drive cars were brand new in 81, I remember the dealers would say ‘when you figure it out would you let us know? ’We did a lot of innovative stuff in the early 80’s”

Greg’s contribution to Wilbert’s PRP was very influential in the growth and success of the company and the impact he has made on our company will never be forgotten.