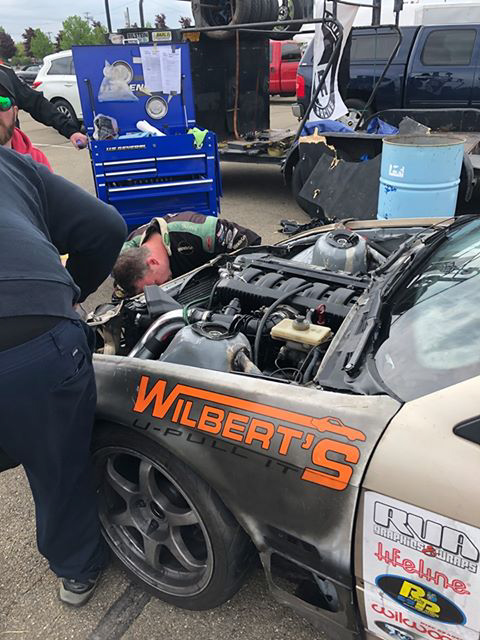 “There are quite a few parts on our car that came from your yard. It was always a pleasure coming to the yard as a customer. Your staff is friendly and knowledgeable, and your yard is well organized. I look forward to seeing how we can work together to promote Wilberts.” 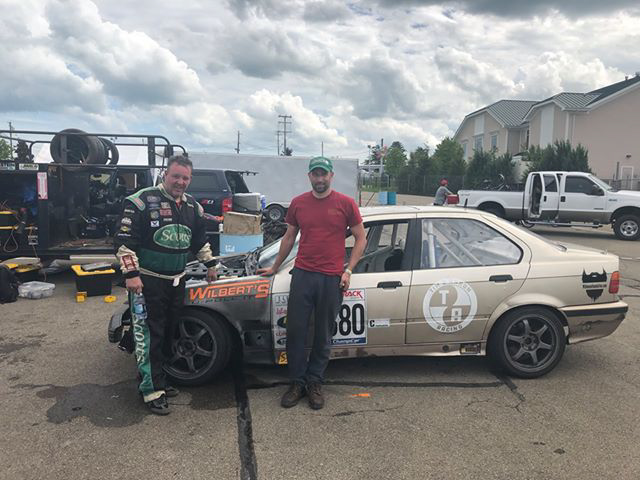 Tim has been a NASCAR fan ever since I was he was little boy. He has always wanted to drive a race car, but didn’t have the finances, mechanical ability, or connections to get into racing.

“I began Racing in 2008, and was absolutely hooked, and wanted more than ever to get into a real race car. I always thought I’d get into circle track racing, but I met up with a guy through a mutual friend that was looking to start a Chumpcar (now Champcar) team running a Honda Integra, and from that moment, I’ve been all in.”

He raced with that team for a couple of years before starting his own team with a Ford Probe. He learned everything he could about building, and rebuilding race cars.

“I raced the Probe for a few years, before deciding to change platforms over to the BMW, and started racing with Aaron.”

Andy Lewis races a 2019 Troyer TA3 chassis with a 358 Chevy engine. He is in the Sunoco modified division at Spencer Speedway and travels to different tracks across the state throughout the season.

Andy “continued the family tradition”. His grandfather owned cars back in the 50’s and 60’s. His dad started racing in 1980 and raced for 25 years. Some of Andy’s accomplishments include: 2002 Nascar Rookie of the year, multiple heat and feature wins, countless top 5 and top 10 finishes, and he is top 5 in points the past few years. This will be the 15th season Wilbert’s has sponsored him.

A N D Y  L E W I S
“Wilbert’s started sponsoring me in 2005. It was a slow start and I was young but from them to where i am now is amazing. We are like family and I couldn’t do what I love to do without them. Thank you.” 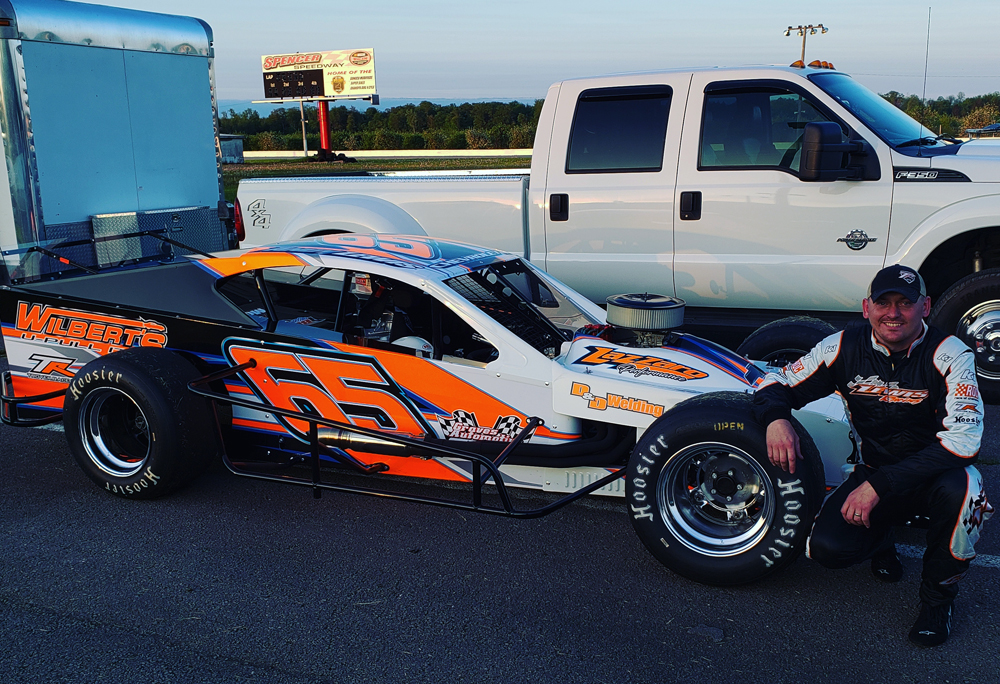 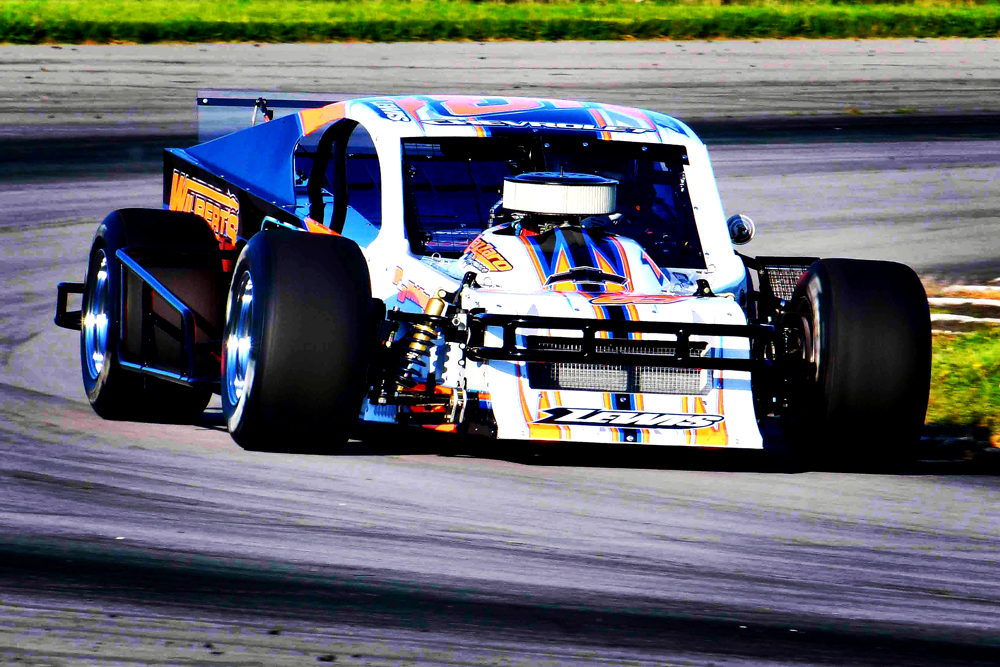 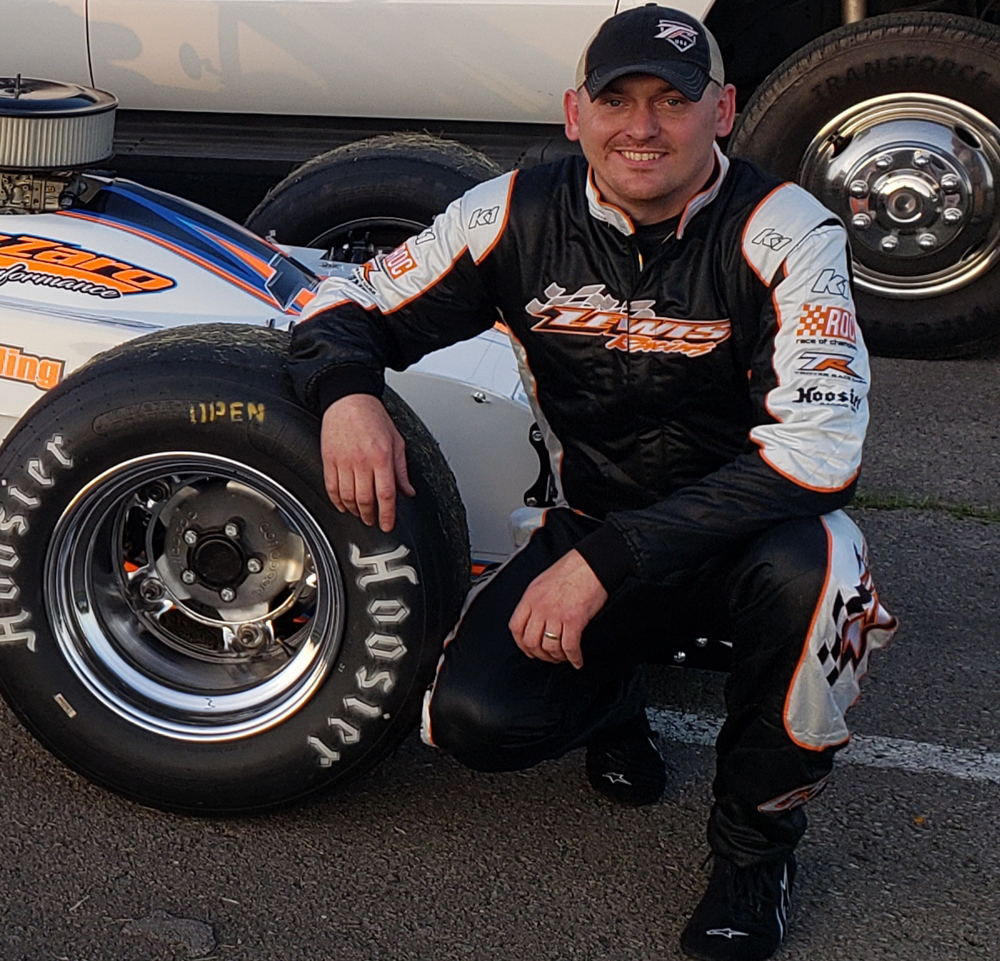 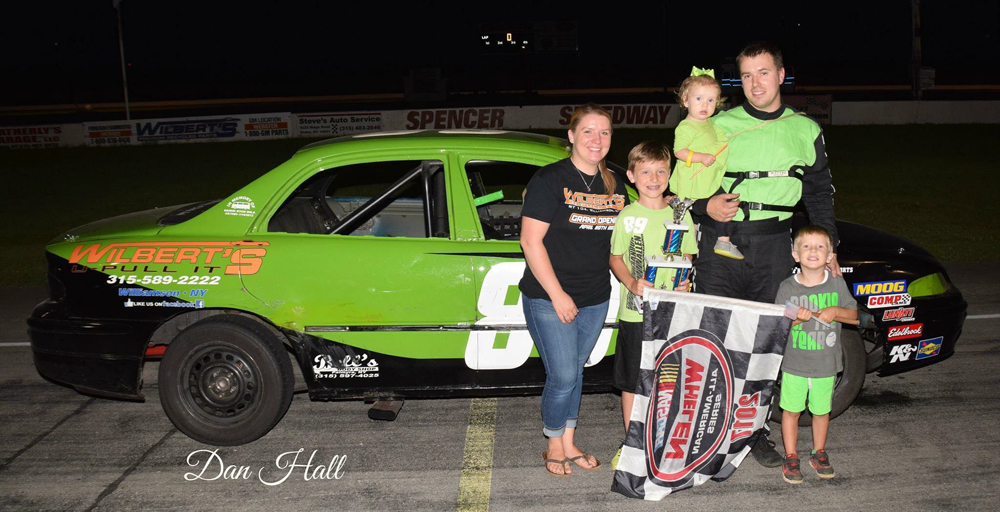 “Wilbert’s has been a tremendous sponsor; the definition of bending over backwards to satisfy their customers. I’ve had some odd requests looking for very specific parts and the team at Wilbert’s always come through with exactly what I need. They also take time out of their busy schedules to make sure things are going well and have gone out of their way at times to introduce themselves to my wife and kids. Top quality people help make Wilbert’s a top quality business, a model many businesses could learn from.”
B R A N D O N  A L L E N

Brandon Allen is a Resident of Ontario, NY. He currently races a 1999 Buick Regal in the Super Six Division at Spencer Speedway. The Super Six division utilizes a stock drivetrain and suspension with only changes to the vehicle for safety. His engine is a GM 3800 Series II, straight out of Wilbert’s vehicle!

Brandon has been a racing fan for several years. Brandon says “a couple of my friends and myself went to a race at Spencer Speedway, saw the Super Six class in action and immediately started looking into getting a car together. The car we saw finish second went up for sale and the three of us went in on the car, splitting driving duties. Since then we all went on our own adventures with two of us still driving our own individuals today.”

Outside of racing, Brandon’s wife and kids are the most important thing. He is happy to have their support in this hobby!

Barret Schenk is a resident of Palmyra. Drives the # 51 NASCAR Super Six entry at Spencer Speedway in Williamson, NY. The car is built from a 1988 Chevy Monte Carlo. The rear end is a Ford 9” pulled from WUPI in Williamson. “I’d always wanted to go racing at my local short track, and had been driving a kart at Paradise Speedway in Geneva, NY on and off for a few years. It was fun, but didn’t satisfy my desire to race a full size car. When I moved to Palmyra, NY I had a lot more room to work in my barn. So, I sold the kart stuff and jumped into stock car racing at Spencer Speedway. The rest is history.”

B A R R E T T  S H R E N K
“Wilbert’s has had an enormously positive impact on our racing program. Anyone who’s involved in racing in any capacity knows that parts break. Having Wilbert’s U-Pull-It on the quarter panels has been invaluable when it comes to finding the right part quickly to make sure the car gets back on the track the next week. In addition, Wilbert’s helped us out before the first race of our first season in 2013. During pre-season testing at the speedway, the engine blew. Wilbert’s made a quality engine available to us, and we were on the track the following week. That engine is STILL in the car today, and runs great.” 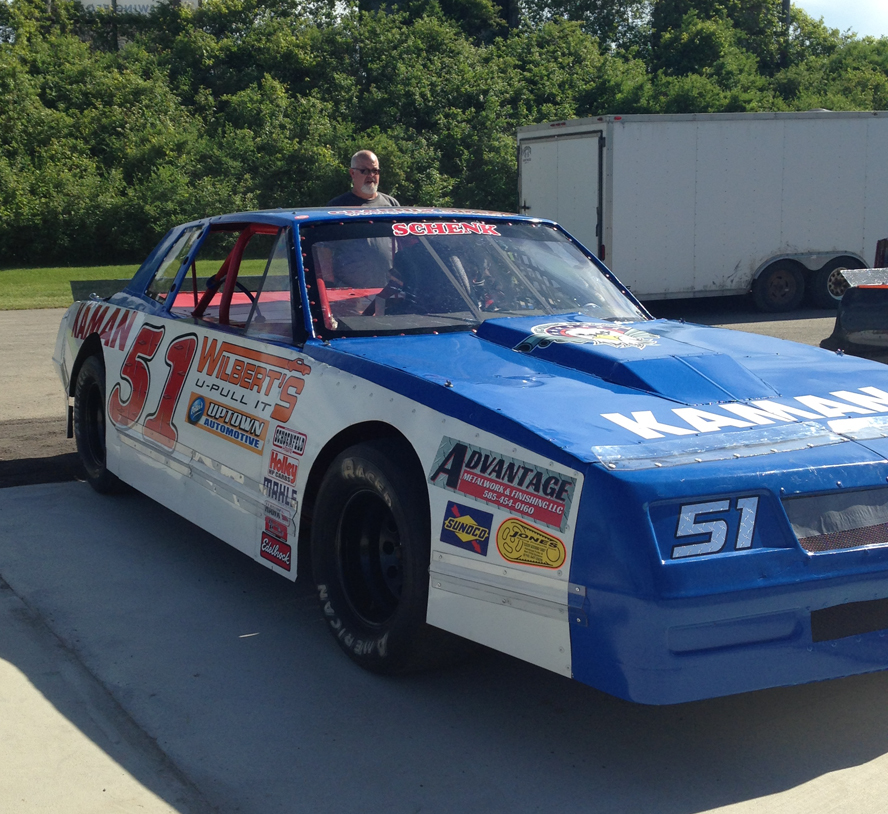 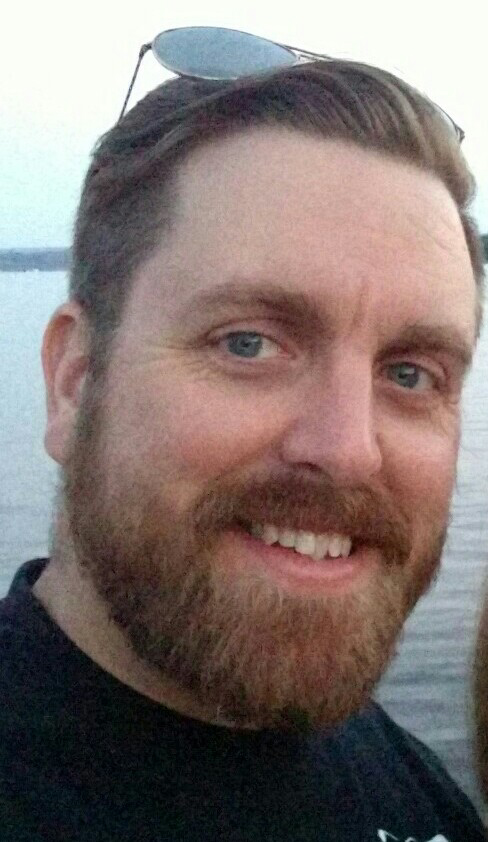 “The Williamson u pull-it location let us get suspension parts last season after our Bristol wreck!”
J A C O B   G U S T A F S O N

Jacob is 18 years old and is currently a student at FLCC studying computer science. Jacob has been racing since 2010 . He started at the sodus Microd Club.

Jacob has been racing the # 66 four cylinder for three years. As a team,Jacob and his father Greg have raced at Spencer Speedway , Chemung Speedrome ,and Wyoming County International Speedway. They also raced the Midwest Compact Touring Series (In Ohio, Michigan, New York, Pennsylvania and Wisconsin). Jacob has 28 wins and 2 championships in the four cylinder class.

Jacob also races the #5 super stock in the New York Super Stock Series. This is their first year in that car . The car is owned by Tom Brinser. 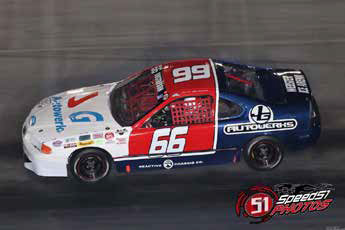 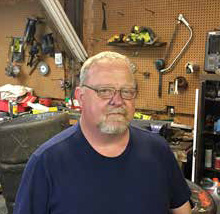 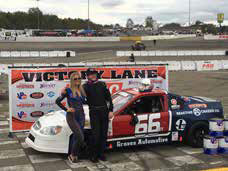 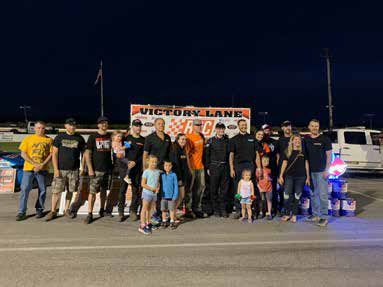 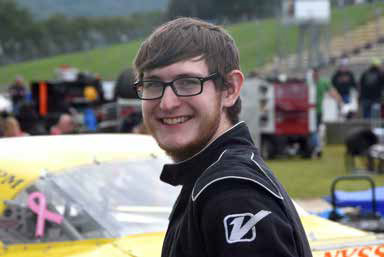